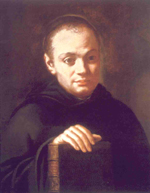 Gherardo deli Angeli was an italian religious poet of the Order of the Minimi, he belonged to a noble family of Eboli. He was born on December 16th, 1705. He studied with the Jesuits in Naples. At the age of twenty he published his first poems entitled “Rime” for which he was praised by Giambattista Vico. He later published two more volumes of sonnets: “Delle giovanili rime” 1728 (youthful rhymes) and “Rime scelte” (Chosen rhymes) 1730. In 1727 he was chosen as court poet in Vienna at the Hasbourg’s court, but he declined this offer in order to take his religious vows. In 1729 he entered the Order of the Minimi in Naples and in this period he produced many religious texts and completely denied his earlier work.

Gherardo Degli Angeli was born in Eboli on December 16th, 1705. He was son of Anna de Caroli and Giovanni. He was weak and not very healthy but cheerful and studious. At age 7 he could translate the latin classics with ease. At age 10 he was invited by his parents to study in Naples at the Jesuit school where he stayed for 4 years and studied latin classics, philosophy, theology and politics. In 1720 he left the college and started studying law to please his father. During these years he began writing his first poems which were autobiographic and reflected his hopes and fears. 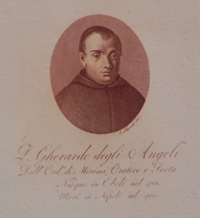 It was during this period that Gherardo met Gian Battista Vico, a great humanist and philosopher who recognised his talent and introduced him to poetry and literary circles in the city. Thanks to these new environment his passion for poetry and philosophy increased. He continued his law studies and began working as a lawyer. At age 20 he published his first volume of poetry. Due to the great response, he published more volumes in 1725 and 1727. He was praised by many poets. 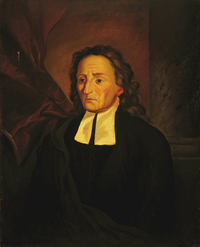 In 1727 her wrote a book of verses for the death of Angiola Cimino. His verses became well known and he was invited to the imperial court of Vienna by princess Anna Pinelli of Belmonte to become to court poet. However, Gherardo had decided to become a priest and therefore refused the invitation. In 1728 he became part of the Family of Jesus Christ, founded by Matteo RIpa, also from Eboli. During four years he spent his time studying theology. He began to teach and preach and became well know. He became acquainted with Filangieri and Mario Pagano, with whom his love for poetry grew stronger. He worked to keep literary circles alive in universities. In 1765 he became ill. He died in Naples on June 2nd, 1783.