The French decade and the Bourbon restoration 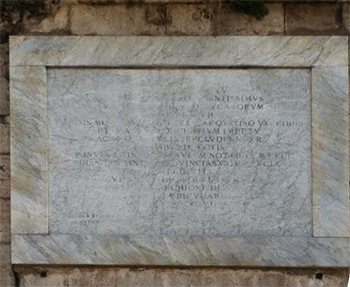 In the period between 1807-1811 the abolition of feudalism and religious orders took place. First of all was the case of the convent of St. Francis, which, after the military occupation of 1799, was suppressed by the royal decree of Giocchino Murat of 7 August 1809. In 1819 the municipality sets its Municipal House in the suppressed convent of St. Francis. The venue was used as Schools, judicature, Gendarmerie, Stables, vaccination commission, health department, warehouses, and used two rooms for a music hall and theater. During the French Decade, the municipality became the owner of the estates of Arenosola, Aversano and other areas, which previously belonged to the feudal lord. The so-called lake neat Spineta was filled and so began the purification of coastal marshes, which had been eternal sources of malaria. In the nineteenth century, according to the division of the Bourbon Kingdom in Provinces, Districts, Municipalities and Districts, Eboli belonged to the District of Campagna. The District was one of the most populated of the four that made up the province of the “Principato Citeriore”, but he was also among the most backward and poor, with almost 90,000 illiterate. The ruling headquarters were in Campagna, which at this time was acquiring a political and ecclesiastical importance greater than that of Eboli, who had, however, civilian equipment like the Civil Hospital, the only Agricultural Technical Institute of the Province , Secondary Schools, the Provincial Seminary of the Franciscans, the Gendarmerie, the district prison. Population increased from 4752 inhabitants in 1796 to 4800 in 1802. In 1860 the city reached first class status as its population increases to 8861 although this growth stops and only increases of 42 people in the following 6 years.