The archaeological site “Artisanal Quarter”, also known as “Le Fornaci Romane”, was located on a steep slope in the periphery of what was the old Eburum, at the bottom of mount Montedoro and near what seems to be the old Via Popilia, which connected Capue to Reghium. This site was found during an excavation by the french archaeologist Jan Maurin in the seventies commissioned by the Belle Arti of Salerno after having found some artifacts in the courtyard of Ss. Cosma e Damiano. 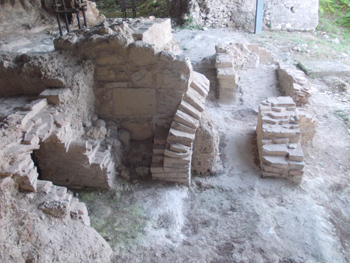 It is possible to visit this archaeological complex. Remains of three ovens from the artisanal quarter are still present, one of which is completely intact. It measure 1.50m by 1.30m and it is rectangular. These structures date back to IV and III century BC. Two of the furnaces were used in the making of terra-cotta statues and terra-cotta building materials. The third one was for the “cooking” of roof tiles and bricks. Within these buildings 12 roman coins were found, which date back to III-II century BC. 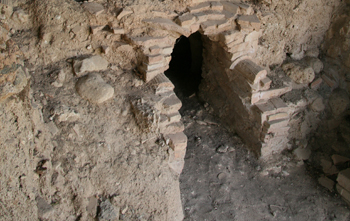 This office consists of two buildings in which draining slopes were found with traces of lead and iron used in the making of tools. Between the late republican age and the imperial one the quarter is expanded and new roads and a sewage system are built. The settlement was abandoned in IV century a.D and inhabited again in the thirteenth century. A lot of decorated glassed ceramics were found from this period.