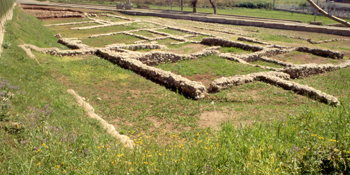 A vast complex from roman times was was excavated in the Paterno area, south-west of the old town and along the right bank of the Tiranna in 1984-1986. It is a wide “domus” from the republican age twice completely restored. The first part of this building dates back to the first century b.C.. Fragments of painted walls have been found from this area in the “second Pompeian style”. A roman coin found within this complex is of great importance as it is the only artifact that proves the presence of the roman EBURUM. 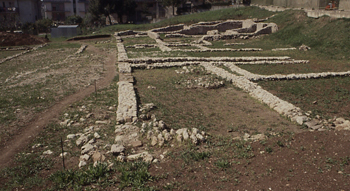 Another important find was a marble sculpture of a bearded male head, possibly a roman copy of a greek one from 1st century bc.This was probably part of an “erme” which were greek columns topped by the head of Hermes placed along streets for protection. This complex had a very long life, approximately four centuries and it is a great example of a typical roman settlement.