Origins of the name 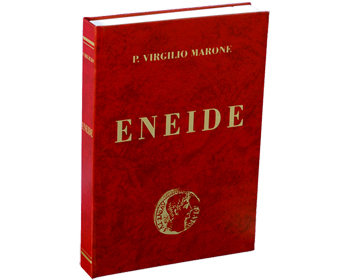 The origin of the name Eboli is surrounded by myth and legend. One of these says that the city was founded by Obolo, captain of the Theseus army and king of Athens. After suffering many hardships due to the wrath of the gods, he landed on italian soils on a river bank where his friend Silaro unfortunately drowned. Impressed by the beauty and mild climate of the place he decided to build a city there and named it Ebalo. He named the river that flowed by it “Silaro” (today named Sele), in honour of his friend that drowned in it.

Another legends says that Eboli was founded by Ebalo, son of Sebeti the nymph and Telone, king of Capri, mentioned by Virgil at the end of book VII v. 734 of the Aeneid:

A more recent study links the name to Ebur; a deity associated with the underworld, whose worship was widespread in areas of hills near waterways. Some archaeological finds have provided evidence that suggests the worship of Ebur in this area, however this hypothesis is not documented by written sources.

The first historical source of the written name of the city dates back to Roman times. It is the “Stele Eburina”, a pedestal engraved with writing saying that the city of Eburum, being a “municipium”, was governed by its own laws, and lead by Tito Flavio Silvano of the prestigious Flavia family. The engravings inscriptions were deciphered by the german historian Theodor Mommsen. The pedestal reads the following: 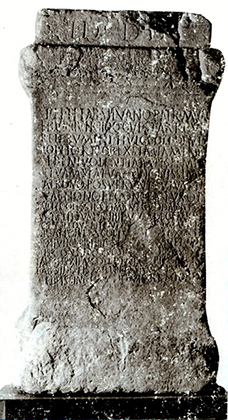