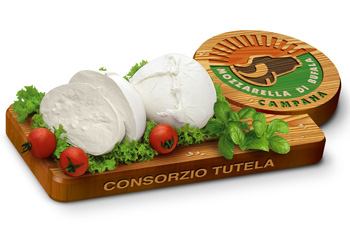 The Mozzarella di Bufala is the real queen of Ebolitan tables, produced with local buffalo milk at the local artisanal cheese factories. The term mozzarella comes from the verb “mozzare” or to “cut off” which is what is done in the process of pulling the cheese and then cutting it off with your hands to form the typical round shape. The buffalo breeding in the Piana del Sele is consolidated since the twelfth century, when the production of their milk was much appreciated; there are several historical documents that prove the marketing of buffalo milk in the sixteenth century, but only in the late eighteenth century did mozzarella become a consumer product, also thanks to the creation, by the Bourbons, of large herds of buffaloes , entrusted to men who tended the animals as part of their family. 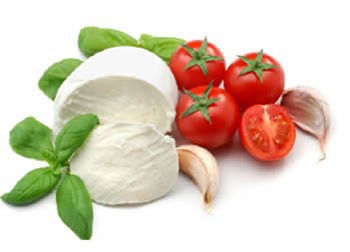 In the middle of '900, the poet and writer Rocco Scotellaro, a pupil of Carlo Levi, in his inquiry into the culture of the farmers of the South entitled "Peasants of the South", which tells the “bufalaro”, person in charge of breeding buffaloes, knew its Buffalo individually, as if they were "Christians", he named each and every one of them. In 1996 this mozzarella is registered as a DOP (denominazione di orgine protetta) product, denomination of protected origins, which recognizes the unique characteristics of the Mozzarella di Bufala Campana. The mediterranean diet was recently added to the Unesco world heritage. This diet is based on vegetable nutrients, sided by animal products, mainly cheese and milk. We can say that mozzarella, the most famous of cheeses, is a part of this diet as it is so closely linked to this teritory.

The “Colline Salernitane” extra virgin olive oil has very ancient roots. It comes from local varieties of olives which have always been present in the Salernitan area. The oil gets its typical characteristics from the climatic, historical and economic peculiarities of this territory. The oil is extracted from the local varieties “Rotondella”, “il Frantoio”, “la Carpellese” or “Nostrale” by at least 65% and the remaining 35% is “Ogliarola” and “Leccino”. The methods of cultivation are also entirely traditional. The olives must be picked before the 31st of December of every year. They are picked by hand and with the help of shaking machines and picking any olive that has fallen to the ground is forbidden. It was registered as a DOP(Denominazione di Origine Protetta) product in 1997.

The production and elaboration area of this oil includes 87 municipalities, one of which is Eboli. The milling process has to happen within the area in which the olives are picked and within registered oil mills. The extra virgin DOP "Colline Salernitane" olive oil is clear, sometimes veiled; it has green color with straw color reflections. To the nose it shows a strong and broad hint of fruity clean and pure olive, with discrete notes of green leaf, grass and green tomato. The palate reveals a strong taste which is persistent, pleasantly bitter and spicy, rightly bodied and balanced with good structure and clear hints of bitter artichoke, thistle and bitter vegetables. The aftertaste is clean. The acidity must not exceed 0.70%. The significant presence of aromatic notes makes it better for the use on dishes such as soups with legumes and the traditional grilled fish. 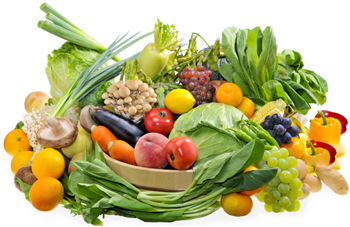 The major economic resource of Eboli is the cultivation of fruit and vegetables, especially tomatoes, peppers, eggplant, fennel, lettuce, strawberries, peaches and apricots. On the territory there is a network of small and medium industries related to the processing of fruit and vegetables which, together with the multinationals is one of the most important agribusinesses in Europe. The Sele plain, specifically Eboli is within the world leaders in the production of “fouth stage” products, which are all fruit and vegetable products that are washed, dried, chopped and ready to eat. Thanks to the mild climate of the region, vegetables are able to grow throughout the winter months.