"Dolce solum" or “Sweet Land” is how Eboli is declaimed by Pietro da Eboli in his work "Liber ad Honorem Augusti” in Particle XV, from verse 404 to verse 405 dedicated to the Emperor of Germany, Henry VI of Swabia.Indeed Eboli is located in a happy territorial context that forms a natural hinge between the coast and the hinterland. It is situated at the back of the wide Gulf of Salerno, it extends south of the river Tusciano and on one of the southern slopes of the Picentini Mounts. The river Sele flows on its left, creating a natural bridge between the liveliness of coastal towns which receive large cultural and political flow, and the serene industriousness of the inland area which being more socially stable are ward to a culture and values that have been strengthened throughout the centuries.The municipality has an average altitude of 145 m on the sea and a land area of 138.79 square kilometers (13,879 acres). It is bordered to the north by Olevano sul Tusciano, to the west by Battipaglia, north-east by Campagna, on the east by Serre and Albanella and southeast by Capaccio. 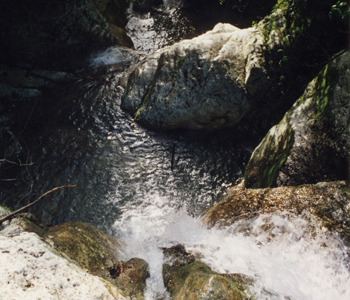 This area is characterized by the presence of five distinct physiographic areas: the river Sele and and areas with important river flow, the mountain areas, the hill area, the plains and the coastal strip. The bed of the river Sele defines the southeastern border of this territory and marks the boundary with Capaccio e Serre. The river bed, along with the hills and mountains, create a beautiful landscape. Within it you can find the Foce Sele e Tagnaro Natural Reserve. The reserve is approximately 1,600 hectares that build a natural corridor of fascinatingly diverse land that links the coastal system to the plains in the hinterland. Part of this landscape is formed by the complex river networks that surface on high terraces of the plains. Telegro, Tufara and Elmice allow the link between the river system and the historic settlement of Eboli. The hill system is furrowed by wooded ravines; these waterways, now green corridors, surround Eboli, tucking themselves in it and becoming an integral part of the city.

The hip and mountain systems form one of the more complex parts of the Eboli territory with their intricate ecological mosaic built by the skilful work of men over the centuries. This area of hills and mountains covers approximately 1,800 hectares, 13% of the municipal area. Nearby is the Regional Park of the Monti Picentini, a park of great value as it encloses the most important river basin of southern Italy. The floodplain includes the terraced valley of Sele which runs through the ancient plain and towards the sea; it stretches out for 580 hectares, 4% of the municipal territory. The coastal strip is a fascinating and fragile environment with ecosystems of high natural and historical value. it stretches out for 2,250 hectares, 16% of the municipal area. It is primarily made of beaches and dunes and its majestic anthropogenic pine forests. These pine forests are refuge and habitat to the native fauna. The coastal area within the municipal boarders is about 8km long. Historical data and abundant archaeological finds confirm the presence of different cultures and civilisations which have followed one another in this land and have merged over time to determine the uniqueness of this territory. These numerous finds are testimony to the presence of settlements of ancient times.