Trail of the mills 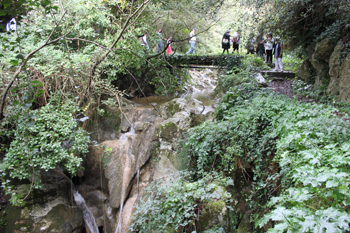 It is still possible to see many mills in the city of Eboli although most of there have been abandoned and transformed. These were built following the waterways beginning at the Ermice, following into Tufara and then into the Telegro which finally flowed into the Sele. 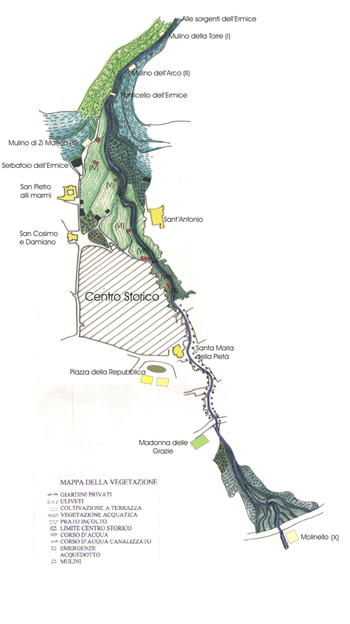 The mills trail begins ath the Acero aqueduct, a few meters away from the basilica of San Pietro alli Marmi. The trail become rather narrow and it is only possible to walk it. The first mill we encounter is the “Mulino di Zì Matteo” after which you can reach the first panoramic view spot. Following on you reach a little historical bridge on the Ermice and going down on the right you reach some stone steps which lead to a little fountain. Walking on you reach the remains of an ancient aqueduct, the remains are covered in vegetation. Having crossed the small bridge you continue towards north where you reach an arc structure which cuts the course of the Ermice. Continuing you reach at the end of a brook some small water baths which are a popular destination for early spring bathing. Not too far from here you can see a mill which is still in perfect condition. Soon after this you reach the spring from which the Ermice is born known as the “Buatt”. Following the river bed you reach the Turmine plain at the feet of the Madonna del Carmine hill, and the border of the woods of S. Donato. Following the channeling of water running through the mill, you'll reach the old medieval aqueduct with its powerful arches dominate the landscape behind the castle. At the end of the arches there was a construction that unequivocally brings us back to the mills (IV mill) for the presence of the characteristic jump of water and for the feedback that is easy to get from the tracks left by the collapsed walls. Following the channels, you come to the usual jump onto fragments of a wall structure which, significantly, is referred to as "U Mulino carut' ”. In the past, the water, in addition to being used for the mills, was also used for irrigation purposes, for washing linen and, in the urban center, even for small craft and productive requirements. In fact, along the way, near the road it called the "Portella" (small door to the Historic Centre), there is the characteristic structure of a lavatory, which was active until the sixties. We then arrive at the Historic Centre, the ducts lead us right to the palace of the family Morrone located between the valley Tufara. Continuing the route, in the Ancient Center other mills were present. In Vico Torretta other two structures offset from one another, used the same water, both to grind cereals and produce olive oil. Millstones used as the jar holders are still on display on the sidelines of the valley to indicate the humble function of a time that was. More than half a kilometer from the city, close to the course dell'Ermice -Tufara, downstream of Highway 19, just before the railroad, a structure called "Molinello" clearly denotes the old function of a mill and gives the name to an entire city district, built in the sixties. The main building, ending with a characteristic tower , still retains its original layout, with the rooms on the ground floor supported by masonry arches, typical of industrial activities and crafts, requiring of large spaces for machinery, storage of raw materials and manufacturing processes. This structure closes the path of the mills on the course of the Ermice. 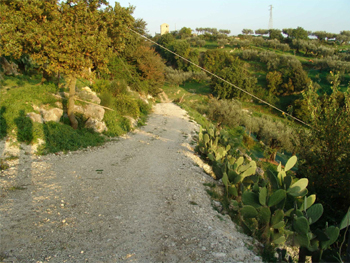 The Acropolis trail covers seventeen hectares which correspond to the water tank of the Ermice. It is a place known to Ebolitans for the purity of its water reserves. The total length of the trail is of 1190 m in an area at the border of the regional Park of the Monti Picentini and takes the name of the Acropolis of Eboli in the Montedoro area. The first evidence of ancient discoveries on the hill of Montedoro date back to the Bronze Age, where walled areas and burials where identified along with the remains of a hut. The data shows that the Hill of Montedoro is the original place of human settlement on the territory and the main center of aggregation of the housing site, located 600 meters north of the medieval town, which today forms the old town center, and acted as the religious and political center at least until the Hellenistic Age. 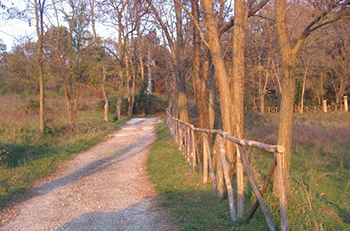 The trail is on the San Donato hill and runs for about 25 hectares along the Ebolitan territory. The trail crosses the hill that is partially covered by woods and partially in fields. Along the trail you can see an antique fountain and an antique aqueduct and also the old church of San Donato. There is a pine wood where there are benches and picnic areas. 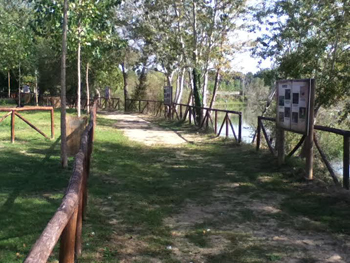 The trail goes all around Lake La Torretta, within the Vivinatura Sele-Torretta Oasis and it is possible to walk or to horseback ride. The trail has posts with information about the surrounding nature and the animals living in it such as foxes, otters and aquatic birds.