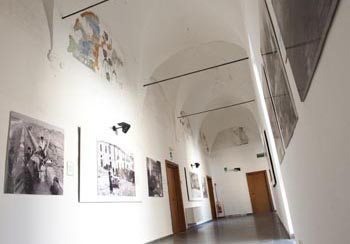 MOA - Museum of Operation Avalanche is situated within the Monumental Complex of Sant'Antonio in the old town of Eboli. It documents the allied landing on the coasts of the Sele on September 1943. On 9 September 1943, 1,000 ships with nearly 200,000 British and American soldiers landed on the shores of the Piana del Sele for Operation "Avalanche" , the largest military maneuver that the Mediterranean would have known, but also the largest landing operations until then performed in military history, only surpassed, a few months later, by the landing in Normandy. Italy, the the Gulf of Salerno, the plain of the Sele, had lived days of blood and struggle, of fierce fighting and heroic deeds. Days of war, days of liberation, which remain engraved in the memories of the people. An event that would changed history, Italy, the world war and the fate of the whole world. 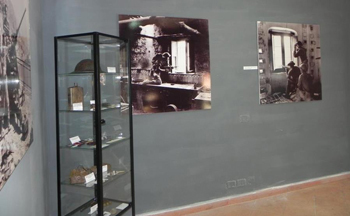 Photographs and a modern emotional lounge lead the visitors through the events that changed the history of Italy. A path in environments designed to investigate the historical facts also by consulting a rich archive of documents. During the year, various creative and cultural activities are hosted in the MOA: Guided tours on emblematic places of Operation Avalanche, pottery workshops, painting, photography, exhibitions and themed tastings. The MOA is also "home" of significant local artists who find exhibition space in its large rooms.