From the Angioni to the Aragonese 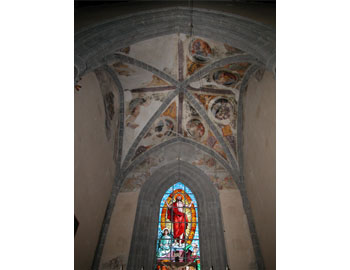 The urban expansion continued along the course of the fourteenth century. Eboli passed from Pietro d’Angiò to the great Siniscalco Roberto de Cabanni. Eboli showed discrete vitality, underlined in 1341 by the presence of the Universitas plebeiorum. In 1429 queen Giovanna II gave Eboli to Antonio Colonna, nephew of Pope Martino V. Eboli became a marketable manor and was sold multiple times by its owners. In 1436 Eboli becomes manor of the Della Ratta, counts of Caserta.

In these years there is a social and economic recovery which is reflected in the urban structures. However it was the wedding between Caterina Della Ratta and Cesare d’Aragona, son of king Ferrante I, to make Eboli flourish as a central power. After the death of her husband, Caterina Della Ratta gave Eboli to her second husband Andrea Matteo III Acquaviva d’Aragona which was then given to the Sanseverino family.

In the Aragonese and spanish period Eboli is chosen by Philip II of Spain as home for his principality given to his secretary of state Ruy Gomez de Silva, then given the title of Prince of Eboli. 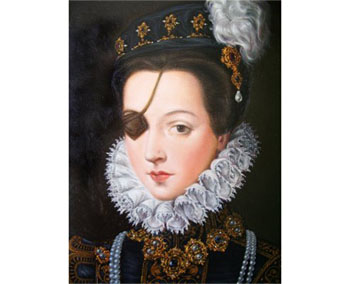 In 1552 he marries Anna de Mendoa, daughter of the duke of Francavilla. The union between the two was supported by Prince Philip, the future king of Spain. Anna de Mendoza was very fair skinned, dark brown hair and beautiful eyes, she was considered one of the most talented women of her time and one of the most beautiful and fascinating, even though due to an accident she only had one eye.

Their marriage lasted almost fourteen years and they lived mainly in Pastrana, Spain where Anna met St. Teresa of Avila. She was so fascinated by her and her reform that she volunteered for the construction of a convent in Pastrana. With her husband she inherited a large fortune which she had trouble managing along with her monastery life, so much so that the king ordered that she abandoned the monastery and attended to her royal duty.

Lady Anna then moved to Madrid where her misadventures began. Her friendship with King Philip II, which until now had helped her gain important friendships, was now starting to arise suspicion of the facet that she might be the King’s mistress. She went down in history as the Princess of Eboli.