From the Risorgimento to the Great War 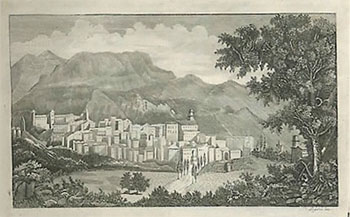 Eboli participates in the process of the Risorgimento (period leading to unification of Italy) with the professional middle class that is stated at the end of the eighteenth century in the southern cities. The Ebolitans reported by the prefecture as "credible politicians" in the mid-nineteenth century are doctors, lawyers, or more generally people labeled as professionals. The figure of Francesco La Francesca, defense attorney of the crew that brought Pisacane in Cilento and then senator of the Kingdom of Italy, who hosted Garibaldi while he proceeded towards Naples, is the most authoritative character of this class. The first post-unification governments are managed by members of the professional class; sign of a more widespread monopolization of each municipality includes among its strengths the paternalistic relationship with the working classes. In the last decades of the nineteenth century, a group of traders and businessmen highly contrast with this as they enhance their position in the social hierarchy thanks to credit, to trade, to the land market and also to the agrarian crisis. The two groups give life to two parties: "il partito di sopra” (the party above), named so because its members have their businesses and their homes in the historic center, and one of the "new elite “, which was located outside the old city walls, for which it was called “partito di sotto” (party below). The clash between these two groups characterized the political landscape of Eboli until the advent of Fascism. For the local economy, the agrarian crisis of the late nineteenth century is more than just a phase of generalized depression. It seems to be a time in which trends begin to emerge towards the reorganization a route towards capitalism. It is the problems with the administration of Eboli and Capaccio and the added importance to new productive businesses that pushed the agricultural sector to help Pontecagnano grow and become independent in 1911 and encourages the economical centre to move away from the historical centre and towards the plains.

The HISTORY section was taken from the graduation thesis "Projects and plans for expansion and consolidation in Eboli: 1869-1932" dell'Arch. Luca Palladino