From the Normans to the Swabians 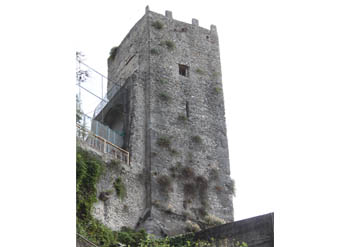 In Norman times Eboli assumes strategic importance in the land south of Salerno, until the border with Lucania: William of Altavilla (brother of Roberto il Giuscardo) made of Eboli capital of a large County, called a Principality, which stretched in the heart of ancient Lucania and included the lands of San Fele, Murolucano, Satriano, Brienza and Marsiconuovo. Right at the beginning of norman times a castle was built, possibly over preexisting fortress remains. It is documented as “Domus domino imperatoris in Ebulo”. The principality of Eboli goes to Emma de Ala, wife of Rao Trincanotte and then of Guimondo de Moulinis, between 1082 and 1090. It is ruled by her descendants until 1156 after which it passes to Enrico de Navarra, brother of Queen Margaret, widow of King William I. In this period Eboli increases its power within the local lordships with its military and financial strength, now also supported by a growths jewish community. The churches founded during this period are: Parish of San Lorenzo; Church of Santa Maria de Conce or Collegiata: almost certainly the current parish of Santa Maria della Pietà; Parish of Saint Eustace, now closed for worship and more commonly known as San Biagio; Church of St. Bartholomew, which in 1179 was “intus civitatem ebuli" and is designated as the parish; St Catherine's Church: mentioned as a parish in a document of 1216 and next to it was the medieval gate of the same name. Today corresponds to the church of San Giuseppe; St. Peter the Apostle, then called San Pietro alli Marmi by Gino Chierici in 1928. 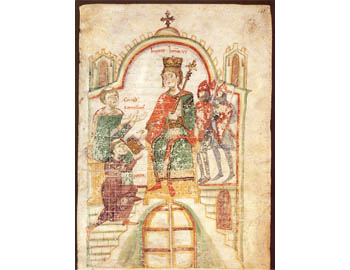 Eboli did not remain faithful to the Normans for long. At the time of the battles between Tancredi d’Avila and Henry VI of Hohenstaufen Eboli sided with the Swabians.Tha passage from Normans to Swabians reveals a wider and more advanced political vision. With the ascent to the throne of Federico II, Eboli became an imperial city: with an imperial diploma in 1219 Federico II recognizes Eboli as royal domain under his protection and invites it the Parliament of Foggia in March 1240, as the fourth among the cities of the province (the others were Salerno, Amalfi and Policastro). After the death of Federico II, his son Manfredi gave Eboli as a manor to Giordano Lancia, son of Galvano. With the Swabians the castle becomes a more prominent place and the historic quarter Ripicella - Attrizzi undergoes significant development in the form of abundant construction of overlapping houses and lanes in the typical medieval construction style. All of this gave Eboli the image of an urban centre that was capable of handling prestigious matters, as it did in 1290, when it was home to the general Pariament.