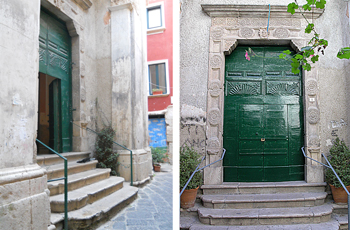 The church is located in the lower part of the old town of Eboli, in Piazzetta San Nicola and Via Guglielmo Vacca. Certainly one of the oldest in the city, because it was mentioned in a document of 977. It was called San Nicola de Graecis, because some Greek Basilian monks, pushed by Islamic persecution of the tenth century, settled in Eboli, founding a school for the teaching of the Greek language. On the side overlooking Piazzetta San Nicola stands the bell tower, a square with a clock and the belfry. The clock is the one that was on the belfry of San Rocco when it was demolished in 1932. On the bell tower you can see the family crest of the Troiani and that of Cardinal Antonio Carafa. On the adjacent wall there is a shrine with a painting dedicated to St. Emidio, protector against earthquakes. The church had a single nave that is accessed through a portal made of carved stone of the XVI century that has circular decorations. In the center, inside an oval, the figure of St. Nicholas Bishop of Myra is sculpted. 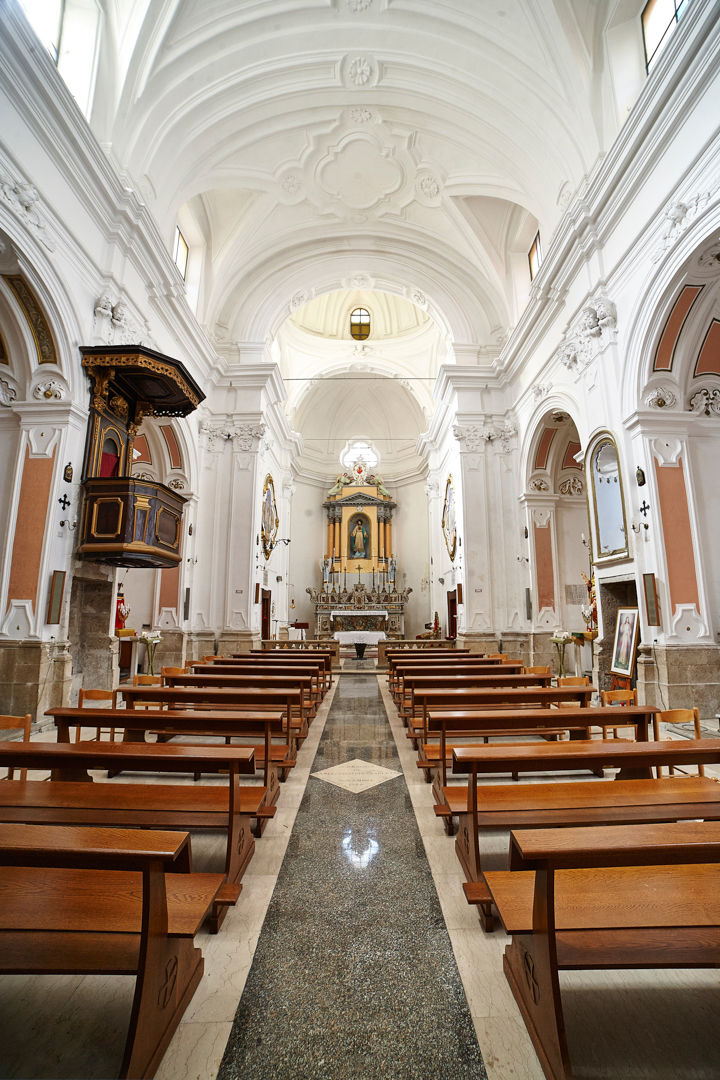 The interior of the church has a rectangular plan with a single nave, covered with a barrel vault. In the entrance there is an eighteenth-century organ. On the side walls there are three chapels on each side, separated by pilasters. The first chapel on the left side is dedicated to St. Francis of Paola, with a statue from 1800. The second chapel has a fine sixteenth-century wooden statue of the Virgin of Carmel. On its side are two medallions painted with the faces of St. John of the Cross and St. Simon Stok. On the adjacent pillar there is the confessional, above which there is the pulpit with is accessed from the sacristy. The third chapel is dedicated to St. Theresa of Avila, with a picture on a canvas of the seventeenth century. On the right side the first chapel is dedicated to Jesus Crucified, with a precious wooden crucifix. The second shows a chapel altar, a wooden tabernacle and an image on canvas dedicated to Our Lady of Pompei. The third chapel, dedicated to St. Gaetano de Thiene, presents a painting of the eighteenth century depicting the saint in prayer at the foot of the Virgin. On the right side, before the transept, there is the statue of St. Nicholas; on the other side there is the bust of S. Biagio. 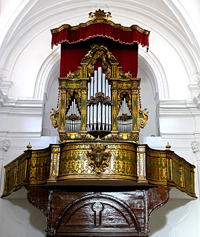 The transept carved from local stone leads to the presbytery that on both sides has two paintings with images of St. Paul and St. Peter the Apostle, a work from 1909 by Giuseppe Avallone. The main altar is in polychrome marble, of the Neapolitan school, built in the eighteenth century. Above the altar there is a sumptuous niche with the statue of the Sacred Heart of Jesus. In the apse there are two niches with statues of St. Gerard Majella in papier mache. The church of St. Nicholas is linked to a suggestive and ancient ritual that is of thirty bell tolls: in 1618 Don Fabrizio Caloia, pastor of the church from 1610 to 1622, introduced the custom of ringing thirty bell tolls, equivalent to the years of Christ. After the death of the priest, the tradition was not interrupted and every day at 3PM the bells of St. Nicholas de Schola Graeca tolls thirty times.